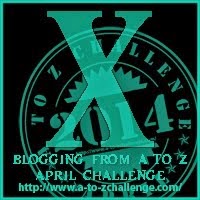 In 2012 at http://www.lonetester.com/2012/10/family-history-through-the-alphabet-challenge-x-is-for-signatures/ Alona Tester blogged about ‘X is for signatures’. She included examples of certificates where ‘X his mark’ showed that someone could not sign his name.

When she registered the birth in 1864 of Henry Dawson at Corby, Lincolnshire, Eliza Dawson née Skerritt, his mother, could not sign her name. Her husband Isaac was able to sign his name when they married in 1855. She signed the marriage register with her mark.

These women were all born in the first half of the nineteenth century. All their husbands could sign their own names. In the next generation, their children, both girls and boys, could write their own name.

Some demographers have argued that illiteracy is linked to the size of families, in particular that education diminishes fertility. For example, a study of demographic changes in Britain from the 1850s to the early twentieth century found that “the extension of basic literacy is related to increases in female labour market participation, which is in turn related to fertility reduction”. (Newell and Gazeley) The data from my family does not support this hypothesis. None of the women in the table below were ever in paid employment. I cannot see any link between the literacy of my own and my husband’s great great great grandparents and the size of their families.

The women in this table were Australian, with the exception of that of Eliza Skerrit, wife of Isaac Dawson, who was from Lincolnshire, England. I have not included my German great great great grandparents as I do not have the relevant data.