Reading the responses to this week’s Sepia Saturday prompt – swimming costumes – I was reminded that I had some terrific 1940s photos of Greg’s parents, aunts, uncles, and grandparents at the White Hills Swimming Pool, next to the Bendigo Botanic Gardens, a few miles north of the city centre. 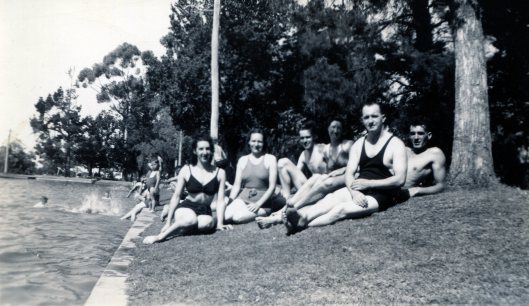 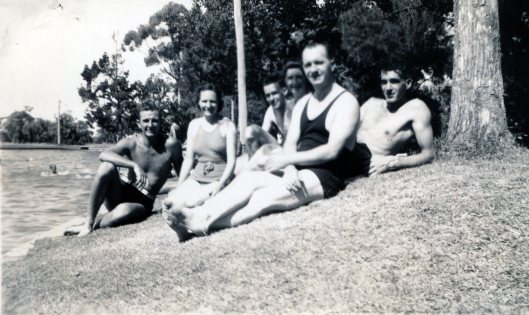 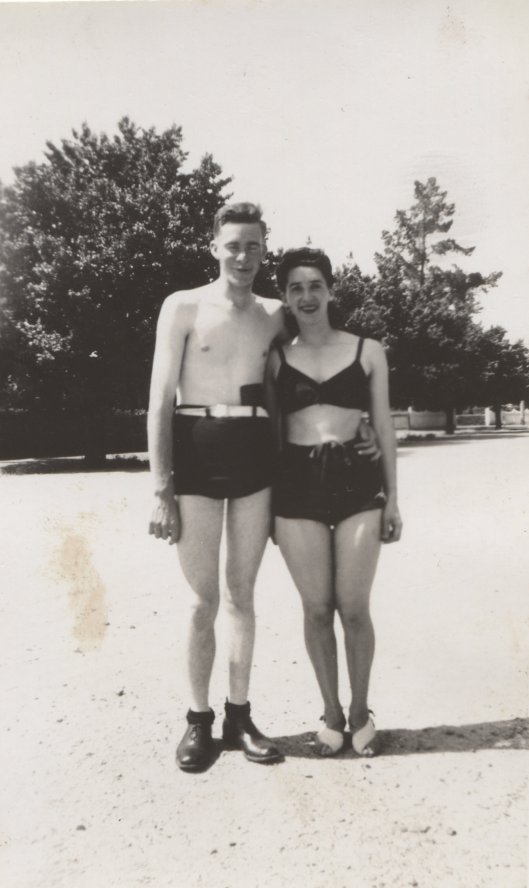 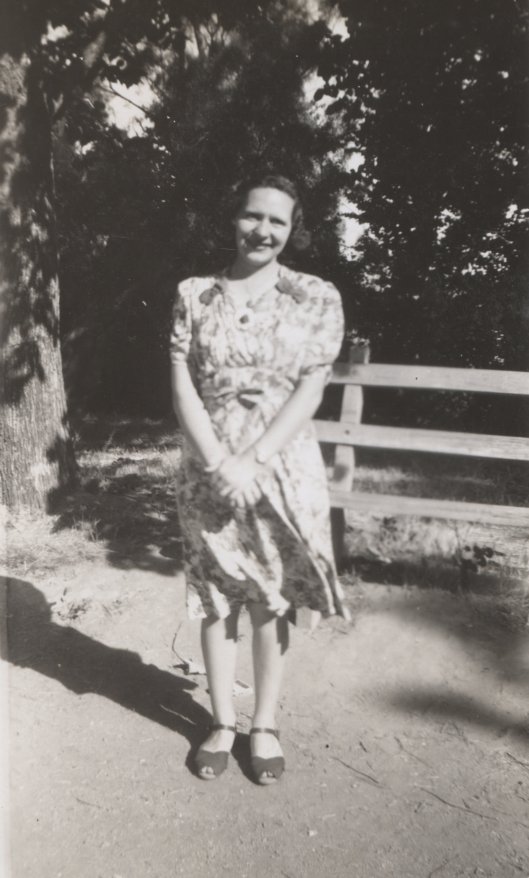 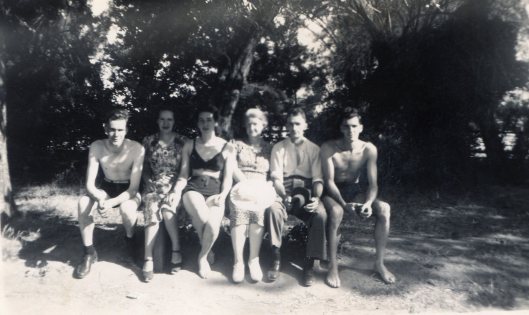 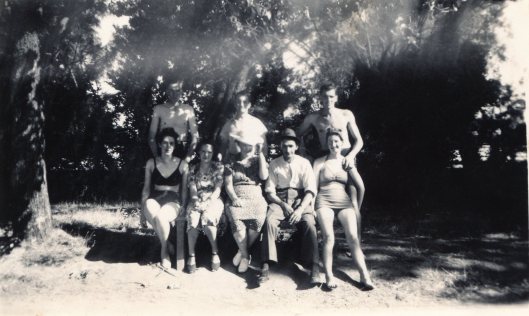 I thought at first I might be able to date the photos from when the men were discharged after the War. But I think that some of them might have been on leave at the time, not yet demobbed. Peter and Marjorie had their first child in late 1946 and there is no sign of a baby in the pictures. He arrived back in Australia in late December 1945. Arthur and Joyce had their first child in early 1947.

In 1946 Violet and John Buckley’s house was on Napier Street (the Midland Highway), so I suppose the group might have met there before going on to the pool. Unfortunately the Electoral Roll gives no number for their house, and Napier Street runs for several miles.

At this time, Violet’s parents, Arthur and Stella Sullivan, were living in Castlemaine. On the 1946 Electoral Roll Arthur and Joyce Sullivan were living in 251 Auburn Road, Hawthorn, Melbourne. Marjorie was registered as living at 1 Yarra Street, Toorak, with the occupation of weaver. Roy, only twenty, was too young to be enrolled to
vote.

It seems likely that these photographs were taken when Violet’s parents and brothers joined Violet and Jack in Bendigo for a holiday in early 1946.

All of Arthur and Stella’s sons and their and son-in-law got back unhurt from the war. This was something to celebrate. 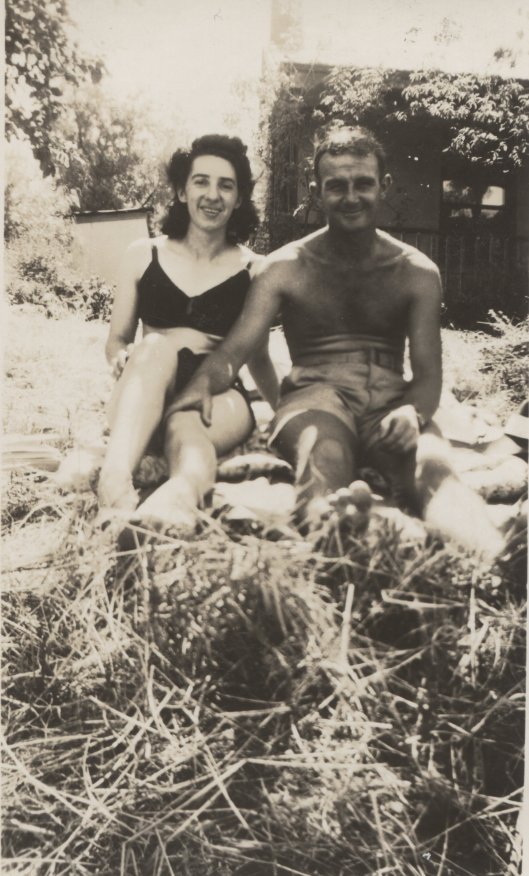 Marjorie and Peter Young. I think this was taken at a similar time but at Marjorie’s parents’ house in Castlemaine.

My great great grandfather Philip Champion de Crespigny (1850-1927) was the manager of the Bank of Victoria branch at Epsom five miles north-east of Bendigo. He was manager there at the time of his marriage to Annie Frances Chauncy in October 1877.

I found the following news item on Trove which shows some of the social life at Epsom in 1880 when the de Crespigny family lived there. Philip had loaned his piano for a concert to raise funds for the Church of England to buy a new harmonium.

I think the church might be St Luke’s at White Hills, built in the 1860s.

I have looked and can find no photos from the early 1880s of the Epsom branch of the Bank of Victoria, and the building does not appear to have survived.

Browsing the National Library of Australia’s ‘Trove’ digitised newspaper collection recently, I came across a shipping departure notice which gives a succinct family history of my Cavenagh and Mainwaring great great and great great great grandparents. The Cavenagh-Mainwaring family were about to sail for England on the Ballaarat.

The Ballaarat was a P & O ship of 4752 tons built in 1882, designed for service between the United Kingdom and Australia. The P&O history site remarks that “Her dining saloon was considered particularly fine, and patent iron beds replaced bunks for her first class passengers.”

Lots of information to follow up and facts to check.

Until I came across this information I did not know that James Gordon Cavenagh, my great great great grandfather, an army surgeon with the Royal Staff Corps, was at Waterloo. He is listed on page 20 in the list of officers as a surgeon in the Royal Staff Corps in John Booth’s 1816 book of The Battle of Waterloo. He is also listed in The Bloody Fields of Waterloo: Medical Support at Wellington’s Greatest Battle by Michael Crumplin published in 2013.

I also didn’t know very much about his son, my great great grandfather, Wentworth Cavenagh. It appears that he was educated at Ferns Diocesan School in Wexford, Ireland. When he was 18 years old he went to Canada, Ceylon, and Calcutta and from there to the Bendigo diggings.