I am researching the life of my step grandfather, George William Symes (1896-1980)  to contribute to the Imperial War Museum’s new website Lives of the First World War http://www.livesofthefirstworldwar.org/ . My step grandfather fought in both the 1st and 2nd World Wars.

When George Symes died in 1980, his obituary in the Times was followed a few days later by a letter from two men who had served with him in Rangoon, now known as Yangon and had been committee members of the Sailing Club. According to the letter, after Rangoon was re-taken in May 1945, General Symes held a meeting beside the burnt out remains of the old club house about re-forming the club. Under his leadership a boat was designed and various army units started building the hulls, making fittings and building a new club house. The letter goes on that one skill that was not available from any army unit was sailmaking. General Symes turned his verandah into a sail loft and “got down on his hands and knees to help in cutting out the sails himself”. In a short time the club had a fleet of eighteen sailing boats. (C.C.M, and W.G.S.P. “Major-General G. W. Symes.” Times [London, England] 13 Sept. 1980: 14. The Times Digital Archive. Web. 25 Apr. 2014.)

Major General Symes is listed as the second commodore of the Yangon Sailing Club from 1945-1946. The first commodore from when the club was established in 1924 was the Governor of Burma. (“List of Commodores.” About Us. Yangon Sailing Club, n.d. Web. 25 Apr. 2014. <http://www.yangonsailing.com/?page_id=83>.)

24 June
Meeting at 4.30 re formation of the Sailing Club. All went very well.

1 September
Rangoon United Services Officers Sailing Club Meeting at 5. Very successful. Forty-seven people present. Rules approved, Committee elected and I was made Commodore (Always wanted to be the Commodore of a Yacht Club!)

29 November
Worked on putting back Albatross’ mast a foot as she is carrying lee helm. Hardman to tea and we tried her out. still less helm and now think the rudder is the trouble. Tested Hardman in a sharpie and classified him B.

1 December
Up 6.15 and sailed Albatross for 1/2 hour. New rudder and weather helm at last ••••••• Sailed Albatross, with Dawson as crew, after lunch and ran aground when leading, and so lost the race.

16 December
Up 7.15. Went to Yacht Club and did officer of the day for the morning races.
Then to Scots Kirk for opening service at 10.30, suddenly confronted with reading the lesson (and read the wrong chapter! Had no chance of reading it beforehand and the book was open at the wrong place.) I don’t think anybody noticed it. Stayed to communion service after. My first in a Scots Kirk. In afternoon crewed in Albatross for Dawson and raced against Hill, Mallard and oriole. A most exciting race which we lost by 20 seconds. (Symes, G. W. (George William) & De Crespigny, Rafe, 1936- & Symes, K. C (1981). Collected papers of George W. Symes 1896-1980. [s.n.], Adelaide ; Canberra)

A description of George Symes  of his time in Rangoon:

My father recalls George saying of the stork insignia on the shoulder flash that  – unlike the article – it was not the babies they carried, but the messes they had to clear up!

I haven’t got any pictures of George from his time in Rangoon. Below are several pictures a period when he was stationed in Bombay, where he greatly enjoyed sailing. 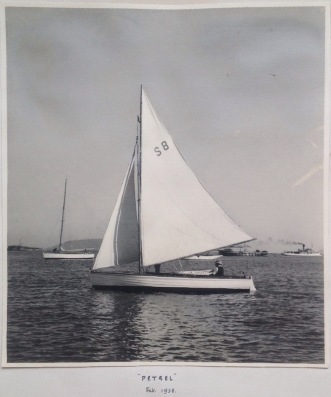 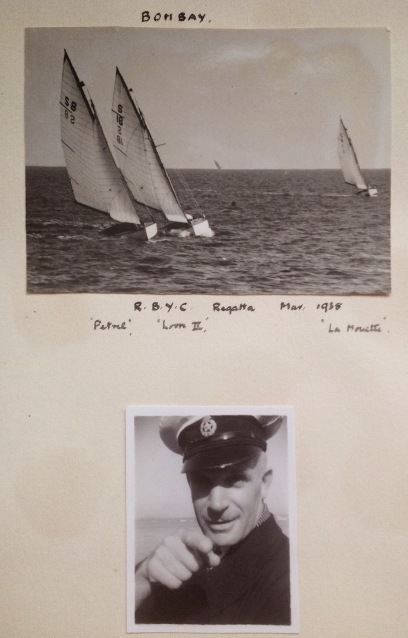 2 thoughts on “Y is for Yangon Sailing Club”