I have previously written about John Horsley (1776-1834), who married my 5th great-aunt Maria Champion de Crespigny (1776-1858).  Their marriage broke down and John Horsley emigrated to Australia in 1814. Maria remained in England.

There are two copies of the 1828 census: an Australian copy, which had been locked away and only became available for viewing in the mid 1970s, and an English copy that has more errors and slightly less detail than the Australian copy.

John Horsley was among those counted in 1828.

John Horsley was aged 52 (born about 1776), living at Liverpool. He had arrived on the Broxbournbury in 1814. He was employed as coroner. He was free (not bonded), and his religion was Protestant. He had 700 acres of land, of which 340 were cleared and 17 were cultivated. He had one horse, 47 horned cattle and no sheep. In the same household were

The mother of John’s children, Jane Horsley formerly Cross née Jackson, is listed as Jane Cross, aged 38. She had also arrived in 1814 on the Broxbournbury. Her occupation is given as housekeeper for John Horsley, Coroner, Liverpool.

The English copy of the census record for John Horsley and his children is easier to read but doesn’t give the information about his land or cattle.

Maria was born on 26 May 1776 to Philip Champion Crespigny (1738-1803), a member of parliament, and Clarissa Sarah nee Brooke (abt 1755-1782), his third wife. Philip had thirteen children, Maria was the seventh child, the second child of Clarissa’s. Maria was christened on 18 June at at Walton-upon-Thames, Surrey.

Maria’s mother, Clarissa and her two oldest children were painted in 1780 by George Romney.  Romney’s diary notes that the painting was oval and he charged fifty pounds.  In 1780 Horace Walpole apparently noted George Romney’s “rise to fashion”. (http://www.npg.org.uk/whatson/exhibitions/2002/george-romney/biography.php)

Maria’s mother had two more children before dying a few days before Maria’s sixth birthday. Philip remarried less than a year later to Dorothy Scott (1765-1837) and there were four more children until Philip died in 1803 at Bath when Maria was 16. Dorothy remarried in March 1804.

In 1805 Edward Goulburn (1787-1868), a fellow officer in the guards published a satirical poem titled The Blueviad. Goulburn was sued for libel and resigned his commission. The officers of the regiment, including Horsley, came to a decision to prosecute and not to fight. Horsley came across Goulburn in Rotten Row and shook his whip at the satirist. Goulburn challenged a Horsley to a duel which was refused on account of the resolution and with the agreement of six fellow officers. Captain Horsley was then subject to a poster campaign labelling him a coward. One of these posters was seen by the king, George III, who is said to have exclaimed “What, what, what? A captain in my household troops a coward? What are the Horse Guards about?” A court of inquiry sat. Every officer who had approved the Captain’s conduct in offering an affront for which he did not intend to be responsible, was compelled to leave the regiment along with Horsley.1

Horsley published a defence of his actions in 1805. His pamphlet was favourably reviewed as being well written and the reviewer unable to comprehend how his brother officers could commend him for not meeting Mr Goulburn but then sign a paper which obliged Horsley to quit his regiment.2

It seems very sad for John Horsley that his career was so damaged by an encounter in Rotten Row where he failed to dignify the challenge to a duel – an intemperate shake of the whip might be akin to an inappropriate post on FaceBook and there have been recent news stories about people who lost their job after what seem very trivial FaceBook posts.

Just under ten years later Horsley emigrated to Australia arriving in Sydney in 1814 on the Broxbournbury. His wife did not accompany him. (Sydney Gazette of 30 July 1814 arrival of Broxbornebury mentions Mr Horsley as one of the four named passengers).

Horsley gained a grant of land but then purchased a property near Liverpool at what is now Fairfield. The property was called Mark Lodge. He was appointed to the Bench of Magistrates in 1823 and as Coroner for Liverpool in 1825.3

Horsley formed a relationship with Jane Cross his housekeeper from 1814. Together they had six to eight children together. Jane had come to Australia as a free settler also on the Broxbornebury following her husband who had been convicted for burglary and sentenced to transportation for life. Once in Australia though Jane and Robert Cross went their separate ways.3

Horsley died in February 1834 at Liverpool, New South Wales. (Death notice in The Sydney Gazette of 8 February 1834) His death certificate stated he was 66 years old but his gravestone said he was 57. The latter age seems more likely. He would have been in his twenties while an officer in the Guards and was promoted from a cornet to a lieutenant in 1800 when he was 23, a more likely age than when he was 32.4

Exmouth, Devon
5th Sept. 1834
Sir,
I request to be informed if the death of John Horsley, Esq., Coroner of the Liverpool District, N.S.Wales, on the 4th Feby. 1834, be correct and Official, as I am his Wife or Widow,
and your Obedt. Servant,
Maria Horsley.

Although she was his widow, Maria’s claim on Horsley’s assets did not displace his common-law wife. Jane Cross continued to live at Mark Lodge until her death in 1840 and was buried with John Horsley at St Luke’s Liverpool as Jane Horsley.3

In 1840 Maria was living in Littleham, her house and shrubbery on 1 acre of land.5

Maria Horsley appears on the 1841 census at Littleham, Devon. She was living at Castle Park Terrace. Apparently in the same house were Ann Saunders aged 40 and Deborah Saunders aged 20. They appear to be servants.

I have not found an 1851 census record for Maria.

Maria died 1 September 1858 aged 82. The probate index tells us that the will of Maria Horsley formerly of Littleham and Exmouth in the County of Devon and late of the Dane John in the city of Canterbury Widow deceased who died 1 September 1858 at the said city was proved at Canterbury by the oath of Fanny Champion Crespigny of Stone House near Canterbury in the County of Kent Spinster the Sister and the sole Executrix. Probate date was 5 February 1859. The effects were less than 1500 pounds.6

The Dane John is a park in Canterbury which has been used by the citizens of Canterbury since at least the 12th century. it was laid out in its present form in 1790. Dane John is a corruption of the Norman French word “donjon” meaning the motte or central tower of a castle – the same word became “dungeon” in English. The park is near the Norman Canterbury Castle. Next to the park is a row of terrace houses. In 1858 Dane John Terrace was described as “a pleasant spot, laid out as a public walk, and which presents a most gay and lively scene when the elite of the neighbourhoods assemble here, once weekly, to enjoy their favourite opera airs, skilfully played by the band of the regiment that may be quartered at the barracks.”7

It seems that John Horsley and his wife Maria had no children – I have found no trace of them.

1. The dismissal of a Captain of the Horse Guards following the publication in 1805 of the satirical poem the “Blueviad” – account in THE LAW OF HONOUR—CELEBRATED DUELS . Glasgow Herald (Glasgow, Scotland), Saturday, March 11, 1865; Issue 7855. retrieved through the National Library of Australia 14 February 2012 from Gale 19 century British Newspapers) (Biography of Edward Goulburn, author of the” Blueviad” retrieved from http://en.wikisource.org/wiki/Page:Dictionary_of_National_Biography_volume_22.djvu/289 19 February 2012 Title Dictionary of National Biography, 1885-1900, Vol 22 Glover – Gravet Author Translator Editor Leslie Stephen and Sidney Lee Year 1890 Publisher Elder Smith & Co. Location London The Dictionary of National Biography (DNB) is a standard work of reference on notable figures from British history. It was originally published in 63 volumes between 1885 and 1900. Transcription: Wikisource:WikiProject DNB↩

6. Ancestry.com. England & Wales, National Probate Calendar (Index of Wills and Administrations), 1858-1966 [database on-line]. Provo, UT, USA: Ancestry.com Operations Inc, 2010. My thanks to Reg for pointing me to this record.↩ 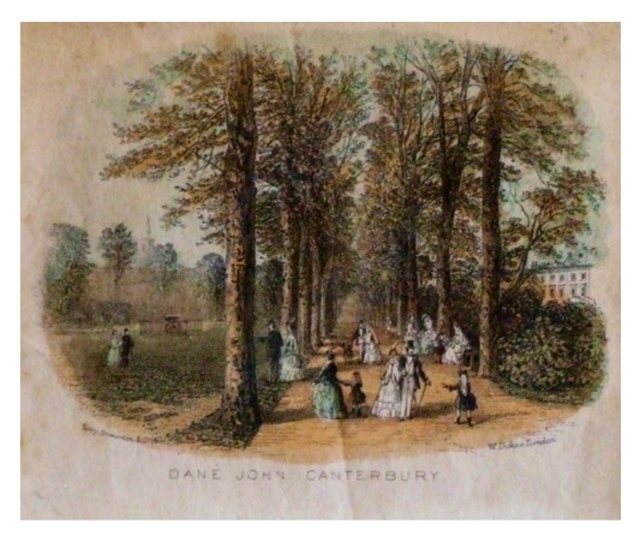