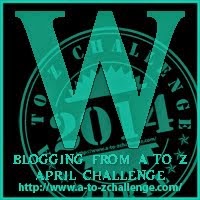 My great great grandmother Margaret Cudmore née  Budge (1845-1912) came from Wick, Caithness. Her father, Kenneth Budge (1813-1852), was a seaman. After his death, her mother Margaret Gunn (1819-1863) remarried and emigrated to Australia with her children and second husband.

Last month Sue Adams wrote about Soundtoll Registers on the Worldwide Genealogy Blog. Soundtolls were taxes imposed by the king of Denmark on ships passing through the narrow strait, the Sound, between Sweden and Denmark,. The records run from 1497 to 1857. The toll house was at Elsinore.

I searched the database of the Soundtoll Registers for Kenneth Budge and found five entries, three from Wick and two from Inverkeithing. The two Inverkeithing records are for the same voyage on the same day.

On 16 September 1850 K. Budge from Wick was sailing from Wick to Stettin with a cargo of sild [herring]. Stettin is present day Szczecin in Poland on the Baltic sea. In the nineteenth century it was a major Prussian port connected with Prussian and Pomeranian cities by rail from 1843.

On 9 October 1850 K. Budge from Wick was sailing from Stettin to London with a cargo of zink [zinc] and staver [translates as spells but this does not make sense, perhaps staves of wood].

On 2 July 1851 K. Budge of Wick was sailing from Kønigsberg to Liverpool with a cargo of 3460 Scheffel Ærter [3460 bushels of peas]. Kønigsberg is today known as Kaliningrad. It is on the Baltic and was the capital of East Prussia.

On 10 August 1852 K. Budge of Inverkeithing, was sailing from Wick to the Baltic sea with a cargo of sild [herring] and 2 heste [horses]. Inverkeithing is near Edinburgh, 240 miles south of Wick. I am not certain why there are two separate records apparently two pages apart for the voyage other than that two different sorts of cargo  are involved.

On this last voyage Kenneth Budge died of cholera. From the John O’Groat Journal Friday 10 September 1852

THE MARY RODGERS. –  This vessel which belongs to Bo’ness, is reported in the Shipping Gazette of the 4th instant as having left Elsinore on the 30th ult.; and in the same paper she is again reported as having put into the same port, with master and one man dead of cholera. This vessel left Wick on the 30th July, herring laden, for Dantzic, and was commanded by Mr Kenneth Budge, of this place, son of the late Mr Donald Budge, shipmaster, Wick. The owner of the Mary Rodgers was on board when the vessel left Wick.

3 thoughts on “W is for Wick, Caithness”