Captain Francis Gamble Blood served in the East Indies from 21 April 1860 to 23 May 1864. He was promoted to Brevet Major on 28 December 1865 and retired on 6 May 1869. On his return to England, in December 1869 he was appointed lieutenant of the 1st Somerset Regiment of Militia.

On 9 November 1869 their son John Neptune Blood was born at Cheltenham. He was baptised on 25 February 1870. His middle name is a Blood family name. At the time of his baptism his parents were living at Royal Parade Cheltenham.

In June 1870 the newspapers, including The Times and papers from the Bristol and Cheltenham area, began reporting a divorce case, Blood v. Blood. Charlotte Constance Blood was suing for judicial separation on the grounds of the adultery of her husband, which was said to have taken place in February 1870. She was granted custody of their son John.

Divorce laws had changed since the divorce of Charlotte’s parents in the late 1840s. The marriage reforms of 1857 created a court that could dissolve marriages under certain carefully defined circumstances. Only adultery was recognised as grounds for divorce. A husband had merely to prove simple adultery but a wife had to prove adultery compounded by some other marital offence such as cruelty or desertion. The court could, and did, rescind provisional divorce decrees if it became convinced that there was evidence of collusion between the spouses. This law remained the basis for divorce in England until 1937.

Charlotte Blood nee James sought and gained a judicial separation from her husband and custody of her child. Perhaps she did not have the evidence to prove cruelty or desertion as well.

Despite collusion being illegal there seems something odd about the tale. Captain Blood appeared to make every effort to be discovered in his adultery.

In 1881 John Blood was a boarder at Holywell and Bath Wells House, Hanley Castle Worcestershire. I have not found Charlotte Constance Blood on the 1871 or 1881 census.

On the 1881 census taken on 3 April Francis Gamble Blood, Major of Foot retired, was a boarder at 7 Berners Street, Marylebone, London. On 20 May 1881 he was admitted to the Munster lunacy asylum at Fulham. He died there on 14 August 1881. Newspaper notices, such as that in the Cork Examiner of 20 August 1881 stated he died of inflammation of the lungs. “BLOOD – August 14, of inflammation of the lungs, Major Francis Gamble Blood, late of the 69th Regt.,son of the late Colonel J. Aylward Blood, late of the 68th Light Infantry.” 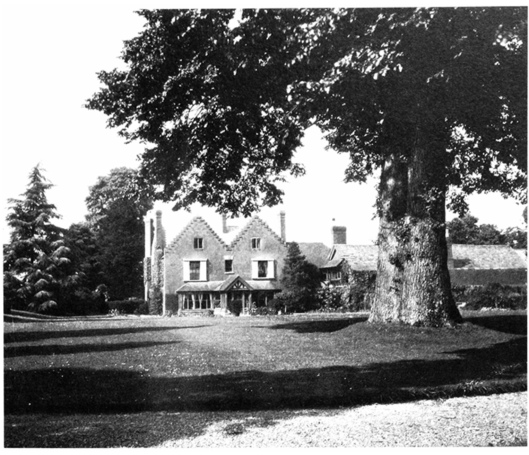 In 1884 Charlotte Constance Blood bought Huntley Court in Gloucestershire. She became a manager of Huntley school.

Her son John Neptune Blood was educated at Rugby College, Rugby, Warwickshire from 1884.

In 1891 Charlotte Constance Blood, widow living on her own means, was residing at Huntley Court with her son, a student at Magdalen College, Oxford, and four servants: a housekeeper cook, a parlour maid, a house maid and a kitchen maid.

In 1893 John Neptune Blood was admitted to the Inner Temple, entitled to practice as Barrister-at-law.

In 1901 Charlotte Constance Blood, living on own means, was residing with her son, a barrister-at-law, in Huntley. The household included three servants: a cook, parlour maid and groom.

Huntley Court was transferred from Charlotte Constance Blood to her son in 1907.

In 1911 her son, a barrister-at-law, was listed as head of household. There was a visitor from Ireland and 5 servants: a butler, cook-housekeeper, housemaid, kitchen maid, and under housemaid.

On 7 December 1935 Charlotte died aged 95. She was buried at Huntly, Gloucestershire.

Her son, John Neptune Blood, never married. He died on 29 September 1942 in Gloucester.

On 14 July 1869  Constantine joined the 69th regiment less than two months after Francis Gamble Blood had resigned on 6 May.