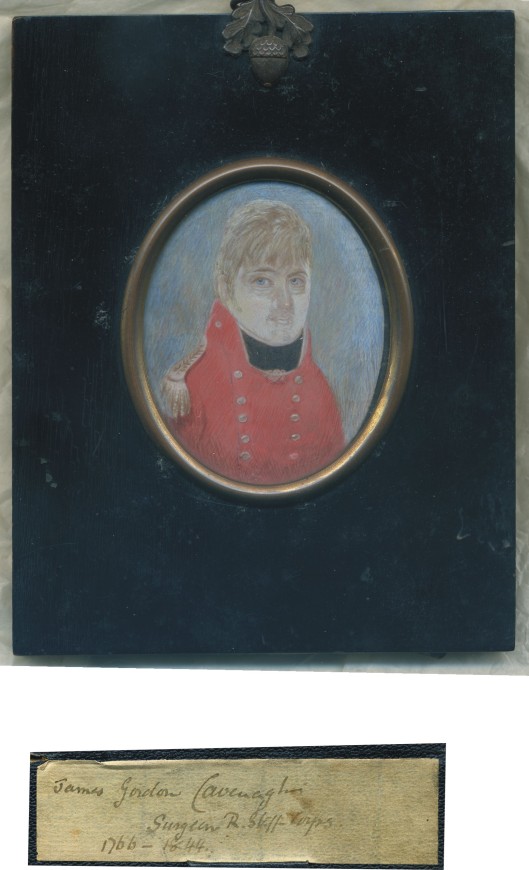 Miniature of James Gordon Cavenagh in the possession of a granddaughter of Lt Col W.O. Cavenagh

Lt Col W.O. Cavenagh, (Wentworth Odiarne / WOC / Cousin Wenty) who did extensive research on our Cavenagh ancestry, was the grandson of the surgeon. The latter died in 1844 and WOC was born in 1856, so they never met. However, WOC knew as family tradition related by his father (Gen Sir Orfeur Cavenagh) that the surgeon had served at Waterloo, but was puzzled that he never received the Waterloo medal awarded to all those who served there. This therefore raised the question to later generations as to whether it was indeed true.

J G Cavenagh was the Staff Surgeon of the Royal Staff Corps, a regiment responsible for short term military engineering, which was stationed in Flanders from April to July 1815. The Battle was on June 28th.

In his book “The Bloody Fields of Waterloo”, M.K.H Crumplin, a retired surgeon, medical military historian much involved in Waterloo re-enactments,  meticulously lists all the surgeons present at Waterloo or working with the wounded in the aftermath. Cavenagh is listed on page 157 as a late arrival. Presumably he was not ordered from his Flanders base to the battlefield in time.

On page 148 Crumplin explains that surgeons who arrived late were not awarded the Waterloo medal nor the two years added pension rights.

“There must have been many a military medical man who wished he had been present at this monumental battle. The staff who were there, were mostly surgeons both in regimental and staff posts. Some arrived late and would not receive the coveted Waterloo medal and two years added pension rights.” See Appendix below.

Arriving late, Cavenagh would have worked after the battle in one of the several hospitals in either Brussels or Antwerp where the wounded were treated. We do not know how long he stayed in Belgium but WOC records that sometime after the battle he proceeded to Paris where he was joined by his wife. (GO471 p 29)
An internet search shows that at least 3 officers of the Royal Staff Corps did receive the Waterloo medal.

Cavenagh is also mentioned in the Medico Chirurgical Transactions 1816 (Volume 7, part 1) when he was consulted about an operation on the jaw and mouth of a young drummer. The wound healed and the young man was discharged on August 16th. 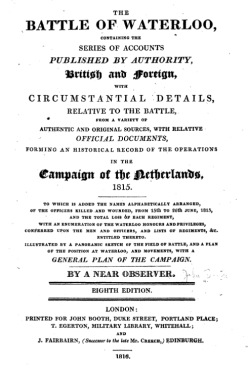 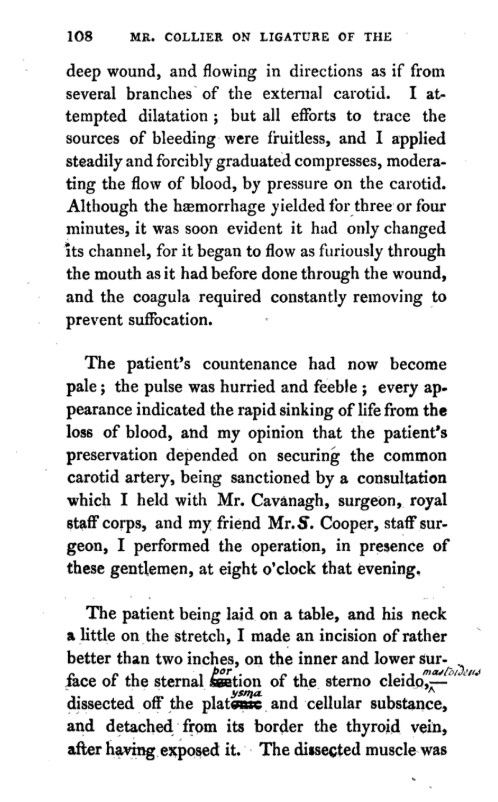