On 22 May we drove from our B&B at Troston in Suffolk to our next stay, a small rented house in Lewes, Sussex. We went via Ipswich and Maldon, crossing the Thames at Dartford. The weather continued glorious: sunny and warm but not hot, with clear skies and a pleasant breeze.

Ipswich, once an important seaport on the River Orwell, was the home of some of my Fonnereau forebears. In 1734 my 7th great grandfather, Claude Fonnereau (1677 – 1740) purchased and moved with his family to Christchurch Mansion, an imposing three-storey edifice with a large park, just a few streets from the centre of the town. 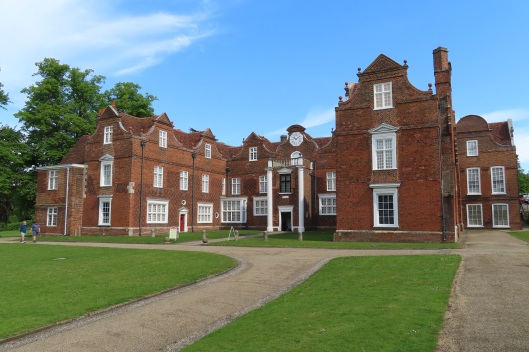 Since 1885 the Mansion has been a public museum. We were given an excellent tour, our guide, friendly and knowledgeable, doing all he could to make the Fonnereau relatives from Down Under welcome. In her diary my daughter wrote:

“In Ipswich we visited the Christchurch Mansion. This mansion was owned by the Fonnereaus who married the de Crespignys. Mummy was delighted by this mansion and went on a long tour and took lots of photos of portraits. The rest of us humoured her and were very patient.” 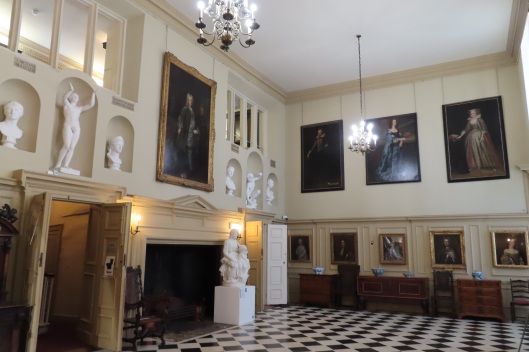 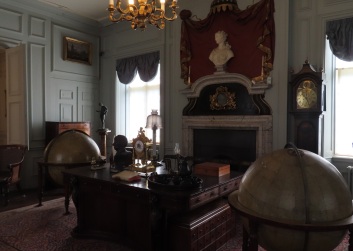 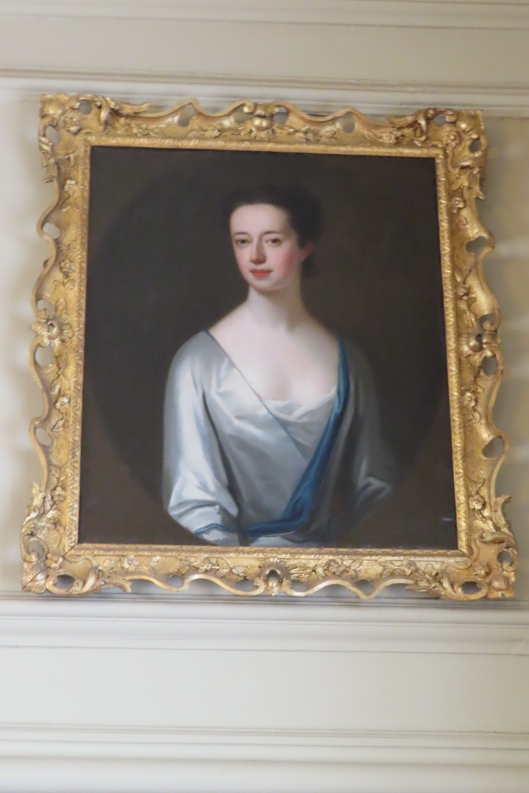 One of the paintings above the doors on the landing. These may be the daughters of Claude Fonnereau one of whom was my 6th great grandmother Anne Champion de Crespigny née Fonnereau (1704 – 1782) – perhaps this is her portrait.

We also visited St Margaret’s Church nearby. Hanging in the nave and chancel were nine hatchments, four of them in memory of members of the Fonnereau family. (A hatchment is a large coat of arms, usually painted on a wood and canvas frame and placed over the door of a deceased person’s house shortly after their death.) 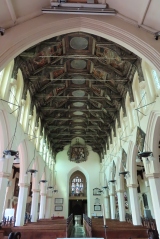 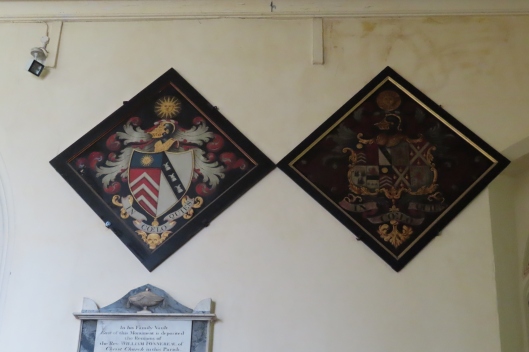 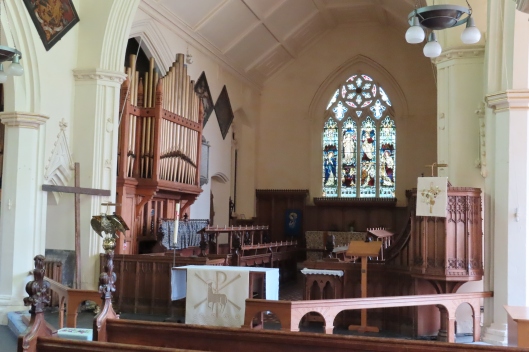 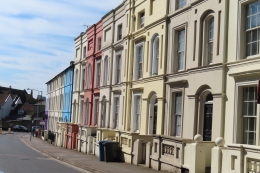 From Ipswich we drove on to Great Totham, in Essex near Maldon. Champion Lodge, nearby, was once the home of Sir Claude de Crespigny (1847 – 1935), the fourth baronet, my fourth cousin three times removed. It is now a nursing home, not open to the public. We had lunch on the sunny terrace of a village pub.

gates of the former Champion Lodge

There had been a family mausoleum at Champion Lodge but when the estate was sold in the 1940s the mausoleum was destroyed, with the remains of those buried there reinterred at St Andrew’s Hatfield Peverel, near Maldon. 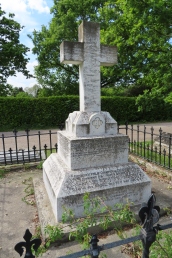 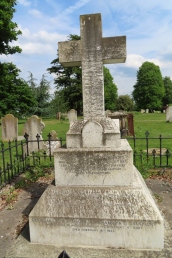 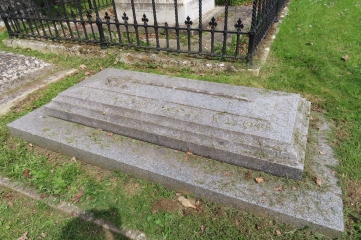 Surprisingly, the various church inscriptions at St Andrew’s make no mention of the Champion de Crespignys. It appears that the family worshipped at St Peter’s Church Great Totham, where they had a private pew. Unfortunately we did not have time to visit St Peter’s, where there are many de Crespigny monuments and memorials. I do not know why the family graves were moved to Hatfield Peverel, not Great Totham.

Continuing south, we crossed the Thames at Dartford. The Dartford Crossing bridge – the crossing also has two tunnels – soars 200 feet over the river. Sorry; the great views going over were poorly captured by the photographer.

Late in the afternoon we reached Lewes (pronounced ‘Lewers’), a very pretty town about ten miles inland from Brighton. Our house there was clean and comfortable but it was difficult to get to, approachable only by a series of one-way narrow lanes, known in Sussex as ‘twittens‘. The word has a Germanic root meaning ‘alley’; Greg thought it might be something to do with scratches on the paintwork of a hired German car. Ours was a Mercedes; we squeaked through with a just a single layer of black paint to spare. 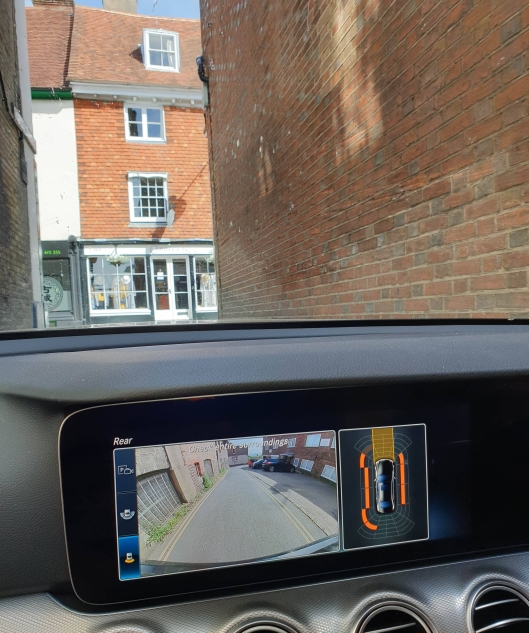 Navigating the twitten in Lewes 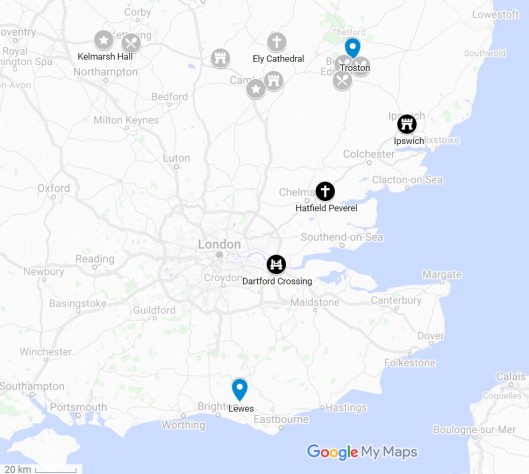 3 thoughts on “South from Suffolk to Sussex”