On 21 May we drove from our B&B near Bury St Edmunds to Kelmarsh Hall, ten miles or so from Northampton, where portraits of my Champion de Crespigny forebears hang on the walls. 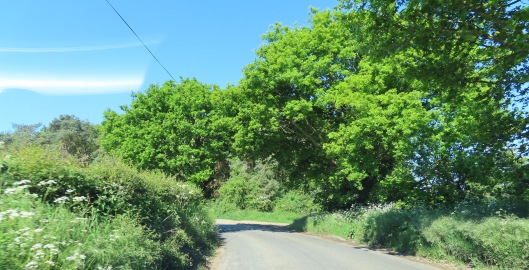 Kelmarsh Hall was once owned by George Granville Lancaster (1853-1907) and Cicely Lancaster née Champion de Crespigny (1874-1946). Cicely was a daughter of the fourth baronet, Sir Claude Champion de Crespigny (1847-1935) and his wife Georgiana (1849-1935). George and Cicely Lancaster had two children, Claude and Valencia. Between 1948 and 1953 Claude was married to Nancy Keene Perkins (1897-1994), whose first husband was Ronald Tree (1897-1976). The Trees rented Kelmarsh in the 1920s and Nancy, who became a noted interior designer, redecorated the Hall. Neither Claude nor Valencia had children. In 1982 to help conserve Kelmarsh Hall Valencia in accordance with her brother’s wishes set up a trust, called the Kelmarsh Trust.

My cousin Stephen Champion de Crespigny (1930 – 2019), an enthusiastic researcher of Champion de Crespigny family history, was a director of the Kelmarsh Trust, and for some years he lived at the Hall in the Coachmans Cottage and served as a volunteer guide. We had hoped to call on Stephen when we were in England. Sadly, in poor health for some time, he died on 18 May.

Kelmarsh Hall and its gardens looked lovely in the bright spring sunshine. Though I had seen reproductions of the family portraits I was very pleased to see the originals. The guides were friendly and helpful. 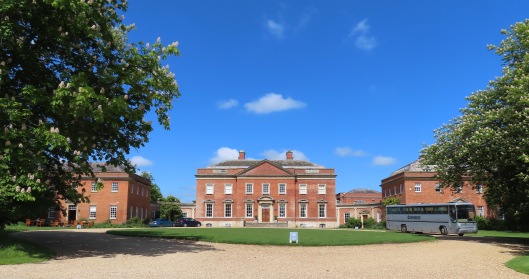 looking up in the Great Hall 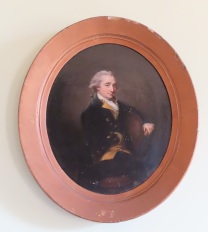 I had hoped our visit to Kelmarsh would be a highlight of our trip, and it was certainly a great pleasure to be there.

We had lunch in Kettering, a not very exciting town in Northamptonshire. Greg notes that one of its claims to fame is that it was the home of a well-known lichenologist, who was once President of the British Lichen Society.

In the afternoon visited Houghton Mill, a restored National Trust flour mill on the Great Ouse near Cambridge. One of Greg’s ancestors was a miller. It was fun to learn about milling, and I now know why people with the surname ‘Miller’ often have ‘Dusty’ for a nickname. 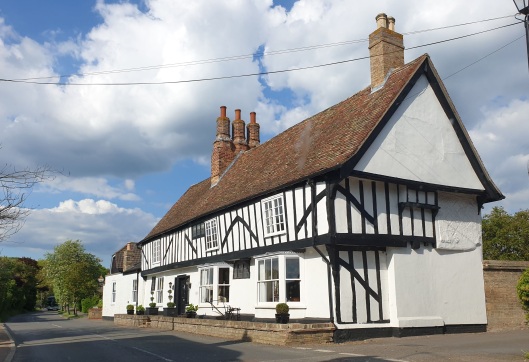 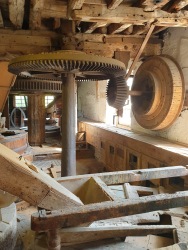 We drove into Bury St Edmunds for dinner. The Abbeygrounds has a very pretty park. The town has no famous lichenologist, and has to do with Messenger Monsey, ‘a man notorious in London society for his bad manners’. 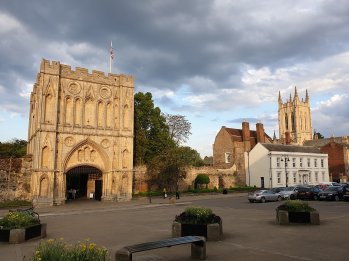 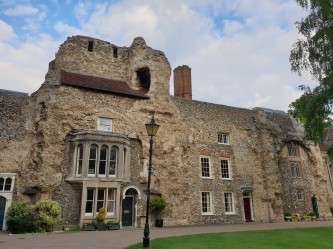 West Front, Bury St Edmunds The historic conversion is now complete of the medieval remains of the flint coTimber-framed houses were constructed within the walls in the 17th, 18th and 19th centuries. 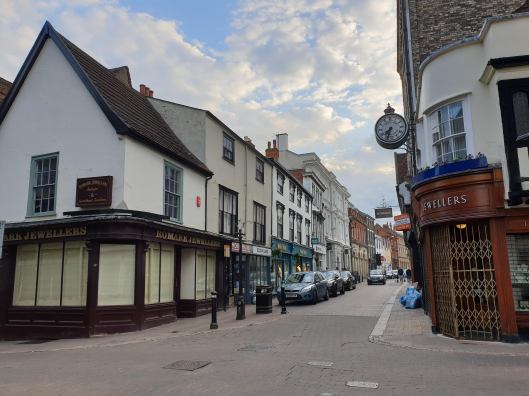 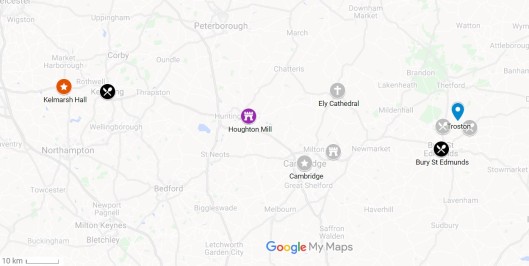 6 thoughts on “A visit to Kelmarsh Hall”