I have always enjoyed playing Monopoly.

In Australia our boards had London street names. From this we learned the relative value of London real estate. Mayfair and Park Lane were socially superior to Old Kent Road and Whitechapel Road and, more to the point, were worth more money. 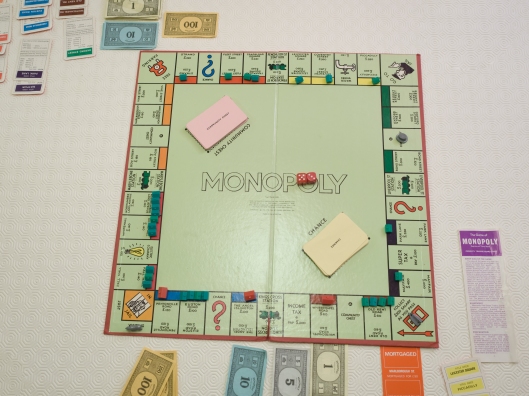 Monopoly was first created and published in the USA, but in 1935 a London edition was issued by John Waddington Limited, a publisher of card and board games. This was the version that was played in the Dominions, and later, in the Commonwealth. At the coast among the gum trees and in parched little towns in the outback, families and friends landed on prestigious London addresses with a cheer and put up with the minor inconvenience of paying to stay, temporarily, in yellow and light-blue low-rent accommodation.

My father remembers when he first visited London as a university student in the 1950s, he took the Tube around the Circle Line just to have done it, and also for the fun of seeing Monopoly addresses appear at one station after another.

There is a list of the London Monopoly locations on Wikipedia and somebody has created a map of the locations on Google Maps. 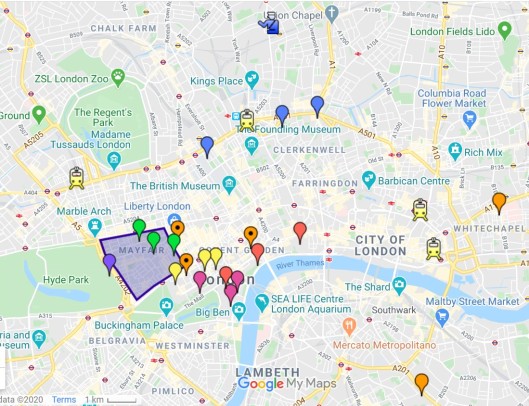 8 thoughts on “M is for Monopoly”