Roy was a close friend of his nephew Philip George ‘Phil’ Champion de Crespigny (1906 – 2001), the son of Philip de Crespigny (1879 – 1918). They were about the same age and enjoyed each other’s company. Roy and Phil spent many years farming together. Phil used to talk with great pleasure about their bachelor days in the Avoca district, a couple of hours west of Melbourne.

In 1927 Phil enlisted in the Citizen Military Forces (Army Reserve). He was then twenty-one, living in East Kew and working for the Commercial Banking Company of Sydney at Ringwood. The CBC had just merged in January 1927 with the Bank of Victoria. Phil’s grandfather – Roy’s father – had been general manager of the Bank of Victoria until the merger. Philip de Crespigny senior died in the same year. Phil now felt free, it seems, to give up his banking career.

I don’t know if Roy ever worked for the bank, and I am not sure when Phil and Roy began farming together.

I believe that Phil and Roy share-farmed together for the first few years, working land owned by someone else. From what I remember of Phil’s stories they grew tobacco. It was a hard life. Phil’s obituary recalls he “endured the prewar years of depression and drought as a bachelor with those virtues for which he was beloved among his wide family: courage, humour, uprightness, honesty, hospitality and a marvellous plain-speaking charm.”

In 1934 the Weekly Times and the Age reported that Phil and Roy de Crespigny had bought a property of 1260 acres called Glenshee, near Elmhurst about 35 kilometers northeast of Ararat.

Phil and Roy joined in the social life of the district. Phil became president of the Elmhurst Tennis Club. 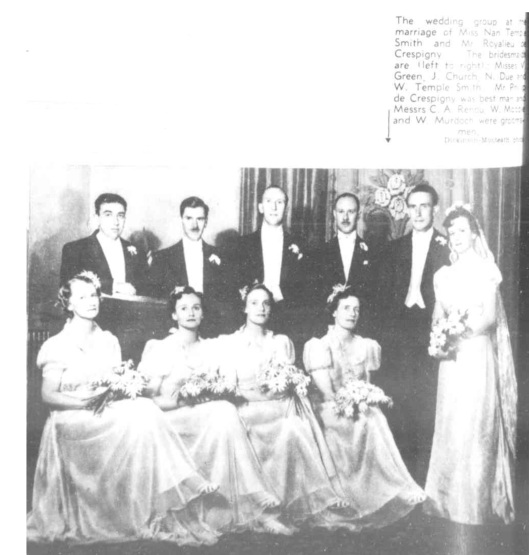 After the war in July 1946 Phil and Roy dissolved their partnership in Glenshee. Phil took up a Soldier Settlement block near Wickliffe, thirty miles south of Ararat. 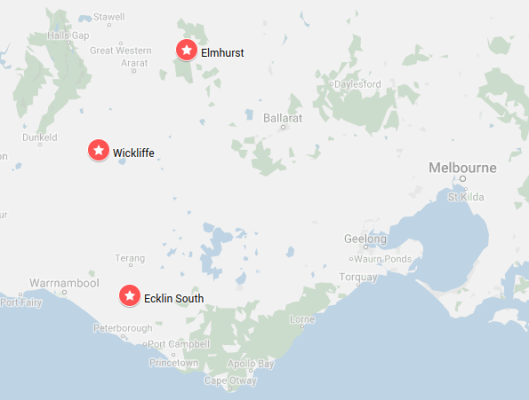 In February 1950 Roy sold Glenshee and, not long after began farming on the south coast thirty miles east of Warrnambool, at Ecklin South near Cobden and north of  Peterborough.

Phil and Jane retired to Malua Bay on the south coast of New South Wales. I got to know them in their retirement. Phil was my grandfather’s first cousin.