On Monday 29 April we drove from Looe to Plymouth. There we looked at the harbour, known as the Sound, from the fortifications at Plymouth Hoe. The massive Royal Citadel certainly seems unassailable. Built in 1660, it is still a British military establishment. 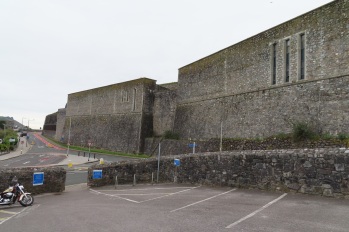 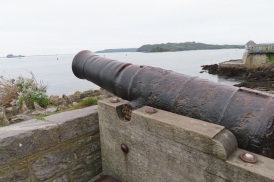 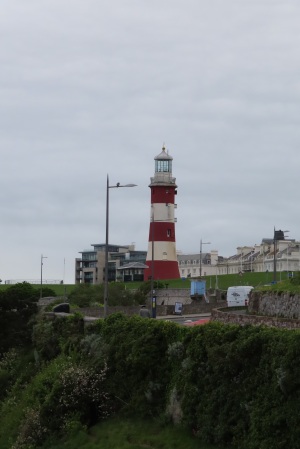 From Plymouth we drove to Agatha Christie’s house, Greenway, on the river Dart above Dartmouth. On the way there I realised that we had to book parking. We telephoned ahead and made an appointment for 12:30. The delay gave us time to call into Torquay. 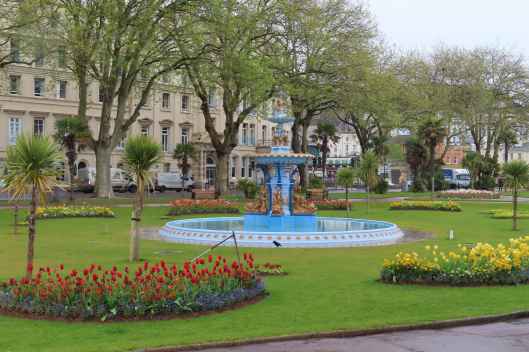 We had seen Greenway as the setting for the episode ‘Dead Man’s Folly‘ in the Agatha Christie’s Poirot television series. I hadn’t realised that it was just a holiday home for Agatha Christie. It was not her permanent residence and she did not write there. However, Greenway is delightful. The house is pleasant and well proportioned, and the views through the woodland garden to the River Dart are peaceful and pretty. 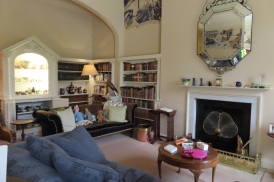 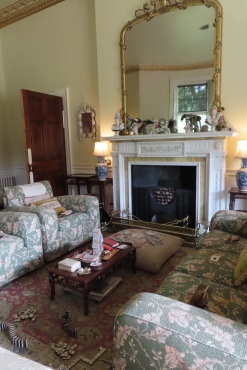 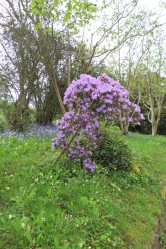 In the late afternoon we visited Saltram, like Greenway, a National Trust property. Thirty years ago years ago Greg and I visited Saltram but it has changed, or we have changed. It seemed to have a different feel, far busier with many more visitors and guides. My diary entry in 1989 for 28 March 1989 noted

This time my favourite room was the library. 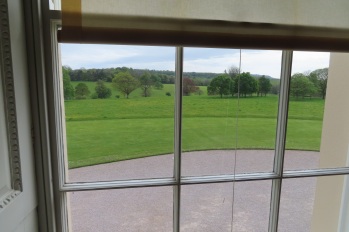