On our first day in England we collected our hire car and drove south to Looe in Cornwall via Southampton, Fordingbridge and Bridport.

We had been warned about the traffic but the roads were very easy although travelling into Southampton was slow.

In Southampton we admired the docks from which some of our forebears left England. They would have been much busier in the past. (My ancestors were never busy, I’m sure.)

Greg’s PhD thesis dealt with the writings of James Curtis, a Ballarat spiritualist who came from Fordingbridge in the New Forest. We saw the house where Curtis was born and raised. 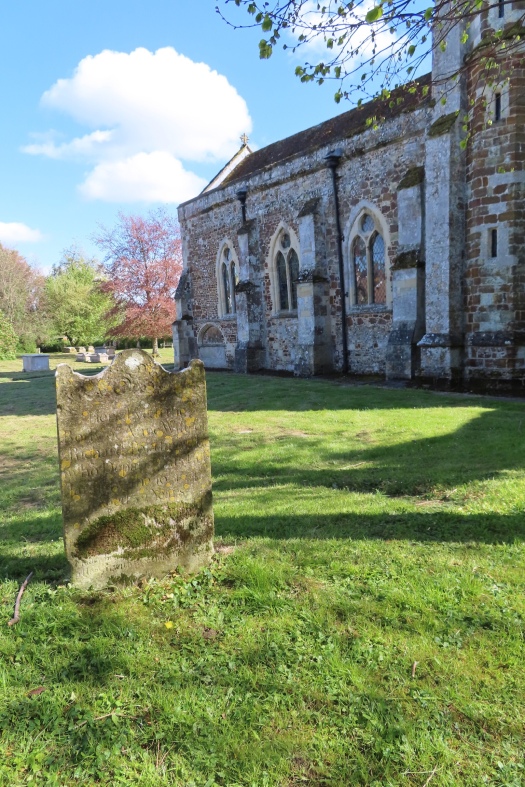 We enjoyed afternoon tea in Fordingbridge.

My step grandfather George Symes grew up in Bridport in Dorset where his father, who had served in the army in India, ran a small pub. The pub still stands. 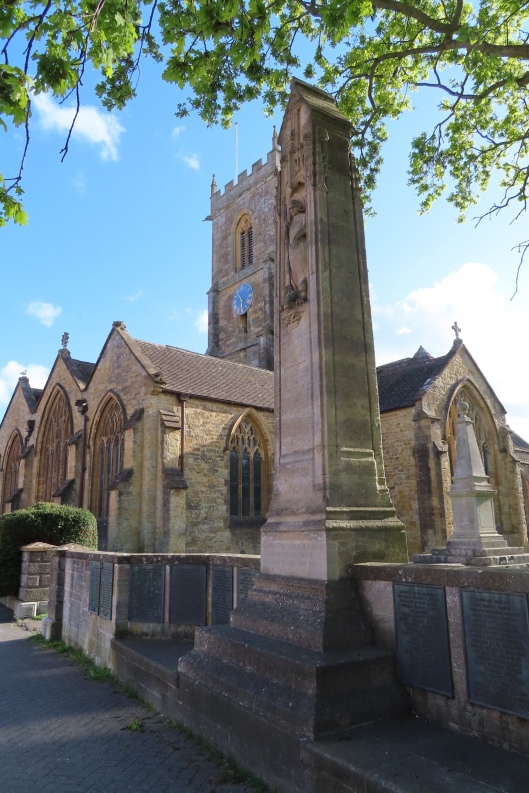 We crossed the Tamar into Cornwall

Our final destination was Looe in Cornwall. We had been warned about the narrow lane :

As you can see from the photos, we are lucky enough to enjoy a stunning view of the picturesque harbour from all the rooms on the front of the house and the front decking. However, it’s necessary to negotiate a very steep, narrow and windy private lane to access the house (you have to pay for those views one way or another!). … This very typically ‘Cornish’ lane [is] very tight and not for the faint-hearted.

The views were terrific but the warning was serious, our dashboard lit up and the warning sounds were very musical. 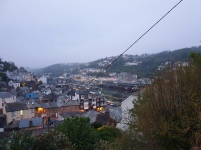 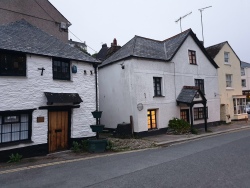 6 thoughts on “Off to Cornwall”