By guest blogger Greg Young. We found some old negatives and had them developed the other day.

For a few years from 1968, when I finished at Albury High, I worked on and off as a labourer on the Snowy.
‘The Snowy’ was the Snowy Mountains Hydro-electric Scheme, Australia’s largest civil-engineering project, which dammed and diverted water from streams running directly to the sea, sending it through tunnels to inland rivers for irrigation. The diverted water was also used to turn turbines at electricity generating stations. 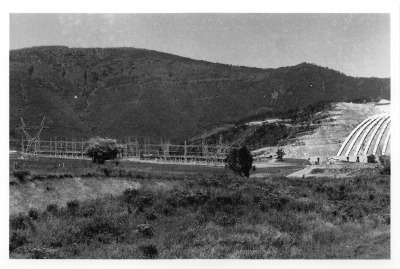 I worked a couple of times at Talbingo on T3, the Scheme’s largest power station, where huge pipelines were being built to carry water from Talbingo Dam on the Tumut River down the mountainside to a pondage called Jounama then to Blowering Dam, on the way turning six enormous generators. In bays along the back of the power station were huge primary transformers. 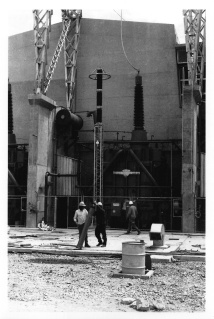 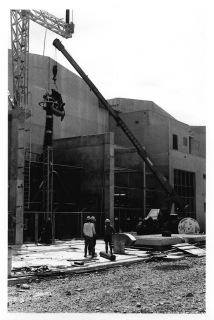 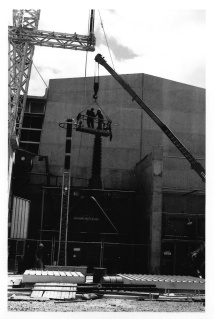 Here I am, an offsider to a Serb linesman called Rudi Mrvos, swinging around in a cage on the end of a crane. We were meant to be working on the insulators on top of the transformers.

The crane-driver, whose name I can’t remember, was a Croat, and on the Snowy there was a bit of strain between Serbians and Croatians. This led to a few jokes about the possibility of being deliberately dropped. He was a good bloke, though, and gave us an easy ride.
Of course nowadays the credit would go to an Ethnic Relations Co-ordinator, tasked with facilitating multi-cultural harmony.
Rudi simply told the crane-driver that he had a revolver, which he’d bought from some criminals in Kings Cross. But this almost certainly had nothing to do with the driver’s concern for our safety. 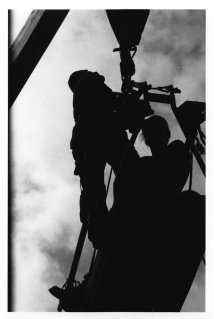 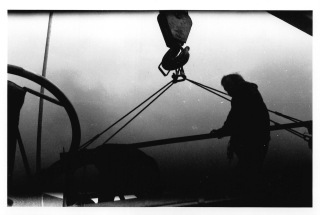 3 thoughts on “S is for the Snowy”