At N is for nuptials in Norwich I wrote about Heaton Champion de Crespigny (1796-1858), my second cousin five times removed.

Heaton’s mother, Lady Sarah Champion de Crespigny née Windsor, was the daughter of the 4th Earl of Plymouth, sister to the 5th Earl, and aunt to the 6th Earl. Heaton was thus a cousin to Other Windsor, 6th Earl of Plymouth (1789-1833).

In early October 1828 the Bath Chronicle reported that Heaton de Crespigny had fled to Paris to avoid being called as a witness against his former friend in the court case initiated by Heaton’s father, Sir William de Crespigny. I have previously written about the court case and the duel fought by Heaton.

It seems he was still in Paris through November 1828.

Though the court case was still underway, it seems that in early December Heaton returned from Paris. On 10 December 1828 Heaton was committed for trial in Melton Mowbray for attempting to defraud the Earl of Plymouth. 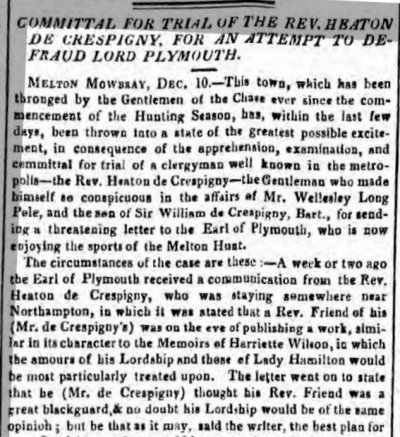 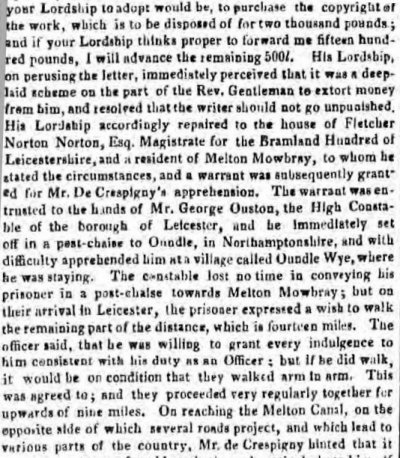 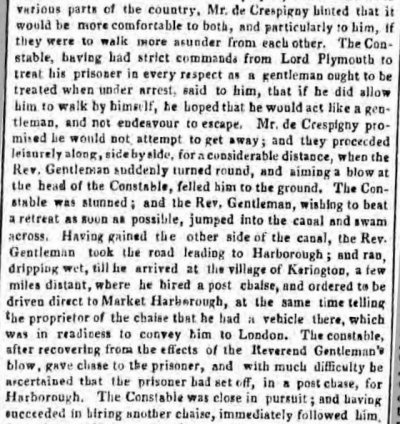 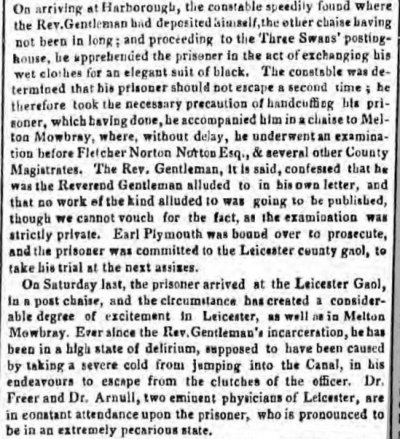 Newspapers across England reported on the bizarre case. It was suggested that Heaton was in a state of derangement when he composed the letter to his cousin.

The story of Heaton’s arrest was revised later in December. 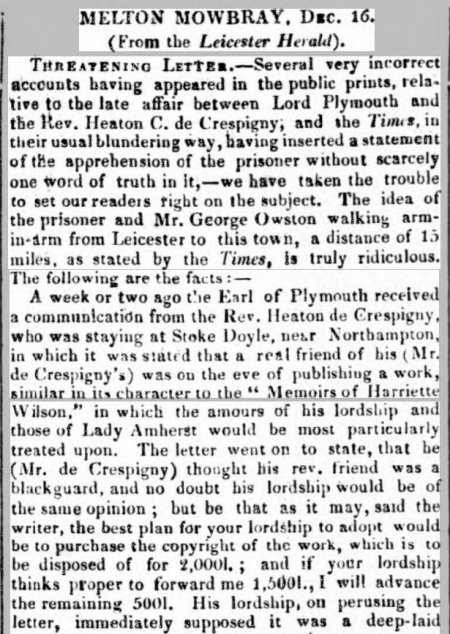 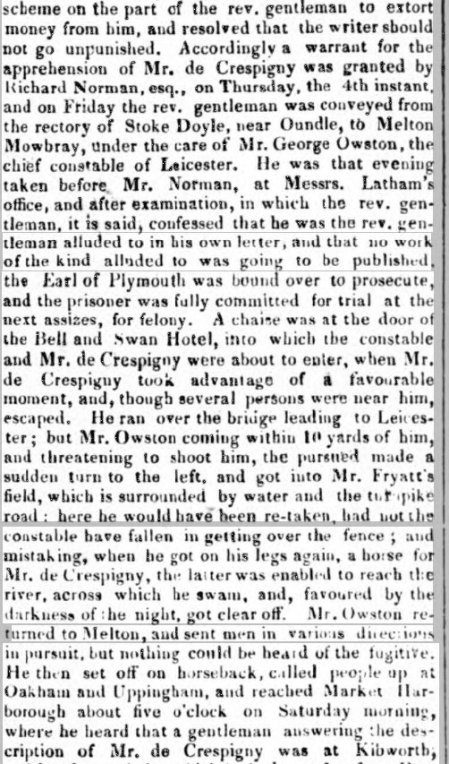 The next assizes were not due to be held until the following March. However, Heaton’s friends and family managed to have him moved from Leicester to London.

Heaton was granted bail in London and then taken to a lunatic asylum by his friends.

The Earl of Plymouth agreed to drop the charges against him if Heaton left England.

At the Leicester Assizes in August the case was finally dropped.

During 1829 Heaton’s name was not out of the news, for the case between his father and Mr Long Wellesley still continued.