Today, 27 June, is the birthday of my paternal grandmother, Kathleen. She would have been 107. In 2004 we visited her in Adelaide before she moved to Batemans Bay, New South Wales, to be closer to her son, my father.

During our visit,we drove past the Largs Pier Hotel. Kathleen remarked that as a child she used to come and stay there with her parents for a seaside holiday.

I found a newspaper item from the Adelaide Mail of 2 January 1915:

Mrs Arthur Cudmore and her children are staying at Largs Pier Hotel for a few weeks.

The Cudmores lived at 64 Pennington Terrace in the city, 17 kilometers or 11 miles away.

We visited Largs Bay again, one evening in January 2014: 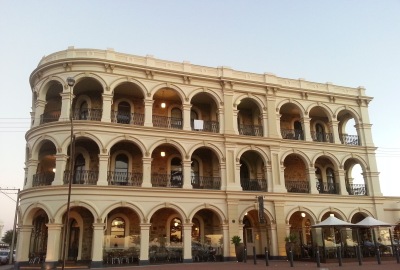 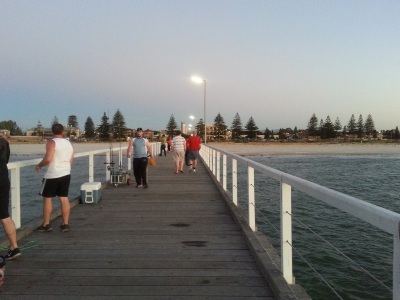