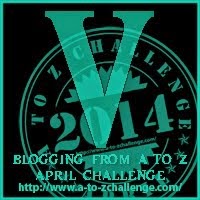 25 April is ANZAC day, a day to remember the Australians and New Zealanders who served their country in the armed forces.

William Stanley Plowright (1893-1917) was my husband’s first cousin twice removed. He was killed in action at Lagnicourt on 27 March 1917 and is listed on the memorial at Villers-Bretonneux. He has no known grave.

Villers-Bretonneux, is a village in the Somme département of France, 16 kilometres east of Amiens on the straight main road to St Quentin. Villers-Bretonneux Military Cemetery is about 2 kilometres north of the village. Villers–Bretonneux Australian National Memorial lists the names of 10,762 soldiers of the Australian Imperial Force with no known grave who were killed between 1916, when Australian forces arrived in France and Belgium, and the end of fighting in 1918.

Lagnicourt is south of Arras and north-east of Amiens and Villers-Bretonneux. The Battle of Lagnicourt was fought on 26 and 27 March 1917 as the Germans withdrew to the Hindenburg Line.

William was the seventh of eleven children of William John Plowright (1859-1914) and Harriet Jane née Hosking (1861-1946). William’s brothers appear not to have enlisted.

William enlisted on 5 April 1915. He was 21 years, nine months old and worked in Melbourne as a driver and a printer. On 25 June 1915 William embarked with the 24th battalion, 1st reinforcements on HMAT Ceramic A40 from Melbourne. He served at Gallipoli from 30 August 1915 and was wounded by shrapnel in action there on 29 November 1915.

In April 1916 he was discharged from hospital on Malta and joined the 58th battalion.

William was promoted to corporal on 12 November 1916 and appointed Lance Sergeant, acting sergeant, on 4 March 1917.

The 58th Battalion participated in the Battle of Lagnicourt on 26 and 27 March.  William Plowright was killed in action.

I have not found any details of William Plowright’s death.

His body was never found; quite possibly there was nothing left to find. He is one of the 10,762 soldiers who are listed with no known grave on the Villers-Bretonneux memorial.

2 thoughts on “V is for Villers-Bretonneux”