Last month I was lucky enough to go to the Melbourne Ring Cycle. In preparing for the event my father uncovered in his library a book of the first two operas. 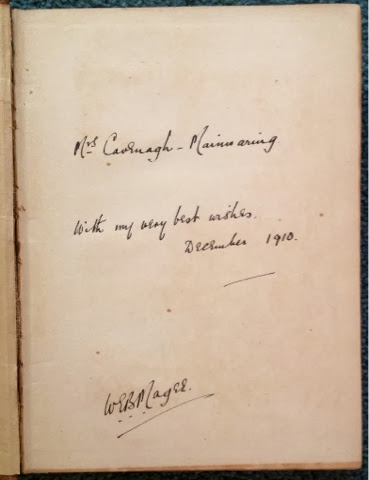 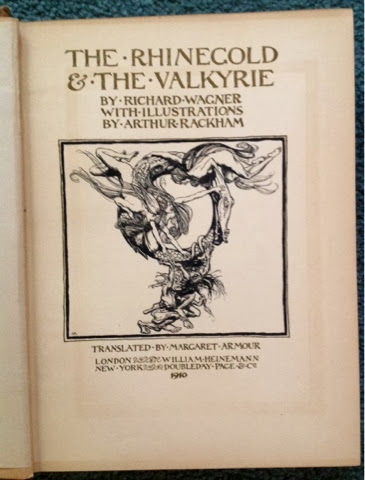 A few months after Christmas 1910, in the 1911 census (2 April 1911) he was aged 25, a Lieutenant (military) on board His Majesty’s vessel T.B. 025 – he was first on the list of 8 men – there were also on board a gunner (military), petty officer 1st class, leading seaman, able seaman and three stokers 1st class.  This was a Torpedo Boat 1st class and a tender to HMS Vernon.

Wikipedia tells me http://en.wikipedia.org/wiki/HMS_Vernon_%28shore_establishment%29 that HMS Vernon was a shore establishment or ‘stone frigate’ of the Royal Navy at Portsmouth, two and a half miles from Southsea where the Cavenagh-Mainwaring family lived. Vernon was established in 1876 as the Royal Navy’s Torpedo Branch and operated until 1 April 1996. I like the term “stone frigate”.

I don’t know if TB 25 was this boat http://www.dreadnoughtproject.org/tfs/index.php/125_Footer_Class_Torpedo_Boat_%281885%29#T.B._25 “The ship featured a fixed torpedo tube in a “bull-nose” bow equipped with a ram. This shape was glaringly unsuccessful and she had to be altered to a straight bow which caused her to lose her tube”.  Perhaps having lost her tube that is why she was a tender.
The book had only just been published but there seems to have been no production of The Ring that December in London based on reviews in The Times. Mere speculation of course but perhaps Mrs Cavenagh-Mainwaring went to this concert: 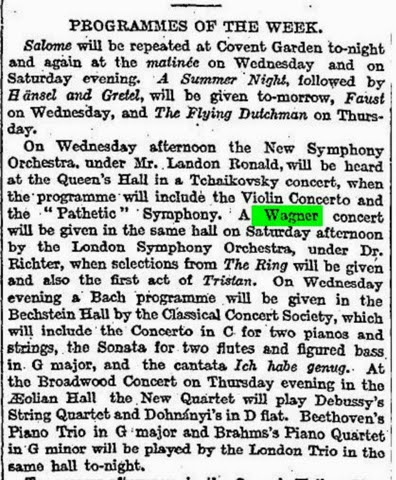 2 thoughts on “A Christmas Gift”