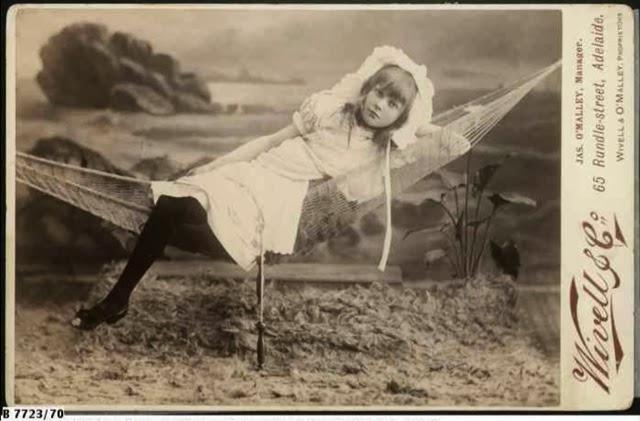 The South Australian Register described the hall, decorations and many of the costumes in great detail. The article mentions a collection of photographs and the photograph above is one of these.

“My Little Sweetheart” was a song that had been recently published, written by Walter Layton.  The out of print sheet music can be bought (http://www.sheetmusicwarehouse.co.uk/details.php?ref=78810) 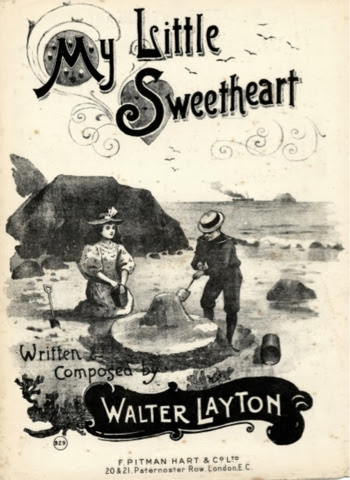 Kathleen was the sixth of ten children of Wentworth Cavenagh (later surnamed Cavenagh-Mainwaring 1822 – 1895) and his wife Ellen Jane Mainwaring (1845 – 1920).
Several of her sisters attended as did her future husband Arthur Murray Cudmore and two of his sisters. Children who attended and furnished their cards were listed in the newspaper. For those with surnames beginning with C: 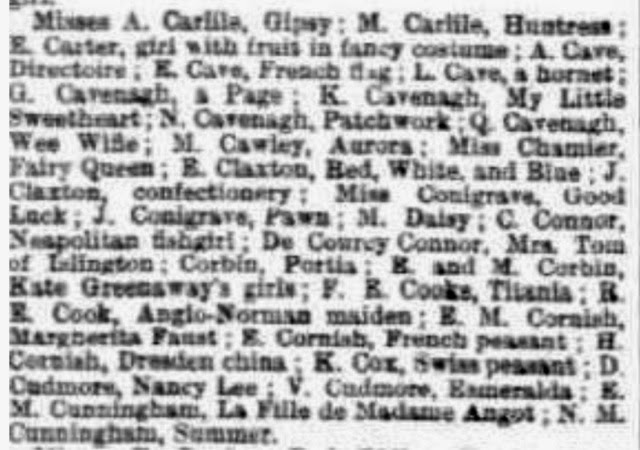 The photographers Wivell &Co. took pictures of children attending the ball and an album of these pictures is in the collection of the State Library of South Australia. The photograph above is at http://images.slsa.sa.gov.au/mpcimg/07750/B7723_70.htm “Kate Cavenagh : age 13 dressed as “My Little Sweetheart”
My grandmother, herself called Kathleen, said her mother was never called Kate. So perhaps she was known by that variation as a child or it was the photographer giving her that diminutive which is in the caption of the photograph. 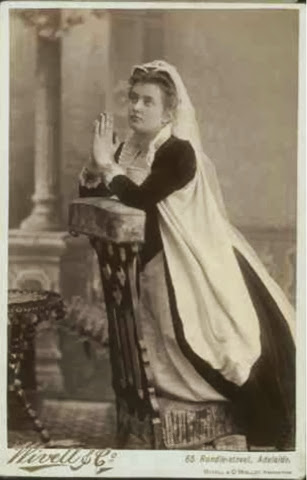 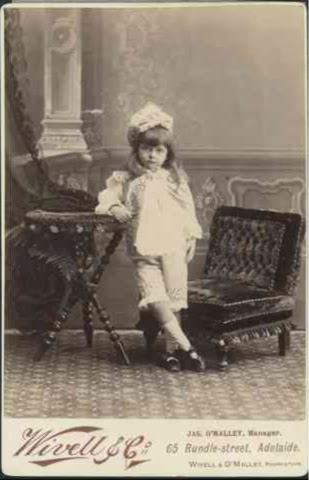 2 thoughts on “Trove Tuesday: Kathleen Cavenagh dressed for a children’s ball in 1887”